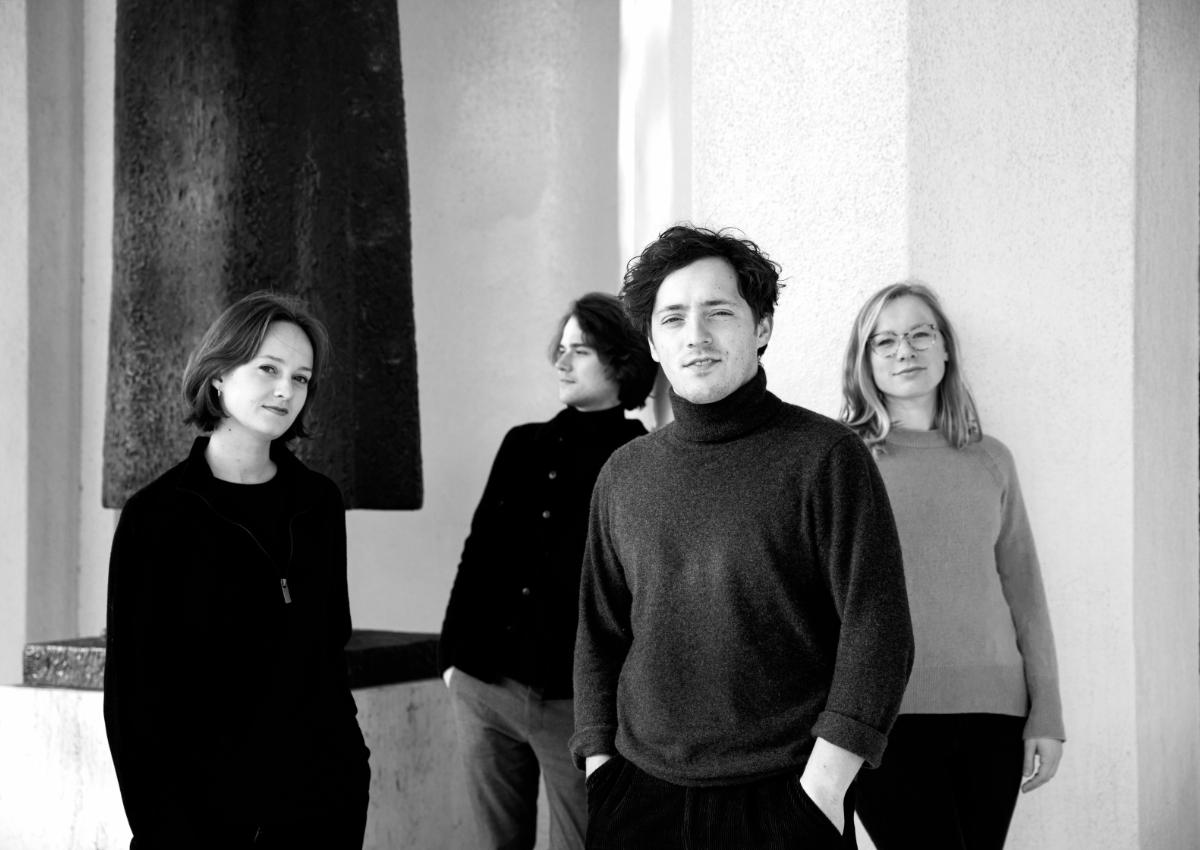 Praised for their passionate, spontaneous playing and powerful on-stage presence, the Animato Quartet was formed by close friends studying at the Royal Conservatory in the Hague. Since the quartet was founded in 2014, they draw endless inspiration from the great string quartet repertoire, while also enjoying collaborations with contemporary composers.

They have been invited to perform at various venues including the Royal Concertgebouw Amsterdam, Casa da Mu?sica in Porto, and at several festivals such as the International Chamber Music Festival Utrecht, The International Chamber Music Festival Schiermonnikoog, HARMOS festival in Portugal and the 'Festival International de Inverno de Campos do Jordao "in Brazil. During this festival the Animato Quartet received an award for "Artistic Excellence" for their performances. They have also performed in Germany, Norway and France.

As an ensemble of the European Chamber Music Academy and the Dutch String Quartet Academy they are privileged to work with inspiring artists like Eberhard Feltz, Hatto Beyerle, Quatuor Danel and Johannes Meissl. Their development has also greatly benefited from lessons by, among others, Anner Bylsma, Jan-Willem de Vriend, Alfred Brendel, Gerhard Schultz and Vera Beths. Recently the quartet has been awarded the String Quartet Prize by the Kersjes-foundation, to further develop their music making.

The Animato Quartet is very privileged to make music on beautiful instruments. Shin plays a violin made by Nicolo? Amati (1675, Cremona), graciously on loan thanks to a private sponsorship. Tim’s violin is made by Johannes Theodorus Cuypers (ca. 1750, The Hague), on loan from mr. Philip de Jong from Amsterdam. Elisa Karen plays a viola made by Marino Capicchioni (1965 Rimini) and Pieter plays a cello made by Johannes Theodorus Cuypers (1775 - 1780 den haag) both given on loan from the Dutch Musical Instruments Foundation.