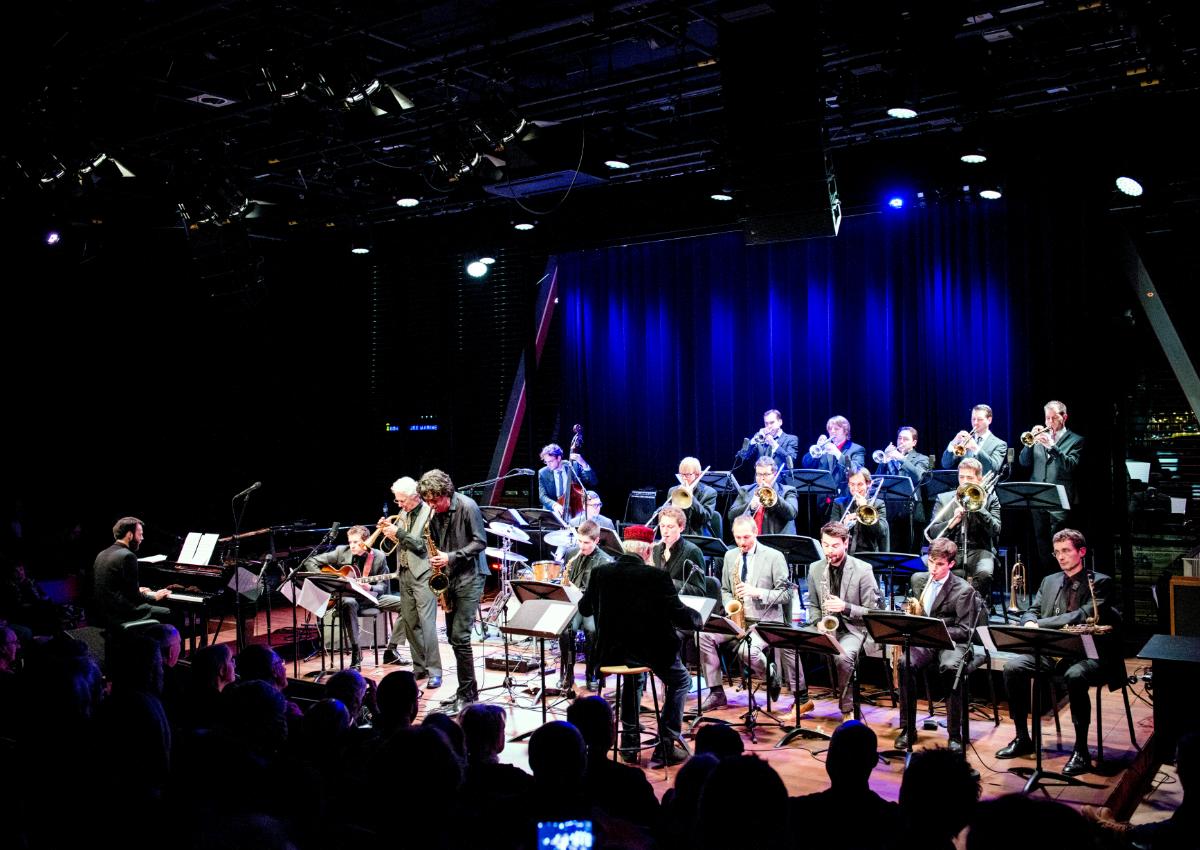 The Dutch Concert Big Band is a professional big band founded by drummer Kevin van den Elzen. The band consists of some the finest young jazz musicians in the Netherlands. The concept of the Dutch Concert Big Band is to play less known or “almost forgotten” repertoire by the finest jazz artists in the world. Besides that, the bands goal is to play music from young, up-and-coming composers. The DCBB has a residency at Sociëteit De Kring in Amsterdam every second Thursday, every other months. The band is the house orchestra of the Laren Jazz Festival. Here they accompany featured soloists. The band has played at the Grachtenfestival and the Amsterdam Jazz Festival. The DCBB has played several times in the Bimhuis in Amsterdam and in the Concertgebouw. They played with a.o. Paquito d’Rivera, Ack van Rooyen, Theo Loevendie, Fay Claassen, Shirma Rouse and Jan Menu.

The first project of the DCBB is a tribute to Dutch Big Band Composers. The band has recorded a cd with original compositions written by the greatest big band composers from the Netherlands. The pieces are written by: Jerry van Rooyen, Rob Pronk, Frans Elsen, Rob Madna, Henk Meutgeert, Johan Plomp, Rik Elings, Jan Wessels and Henk Huizinga.