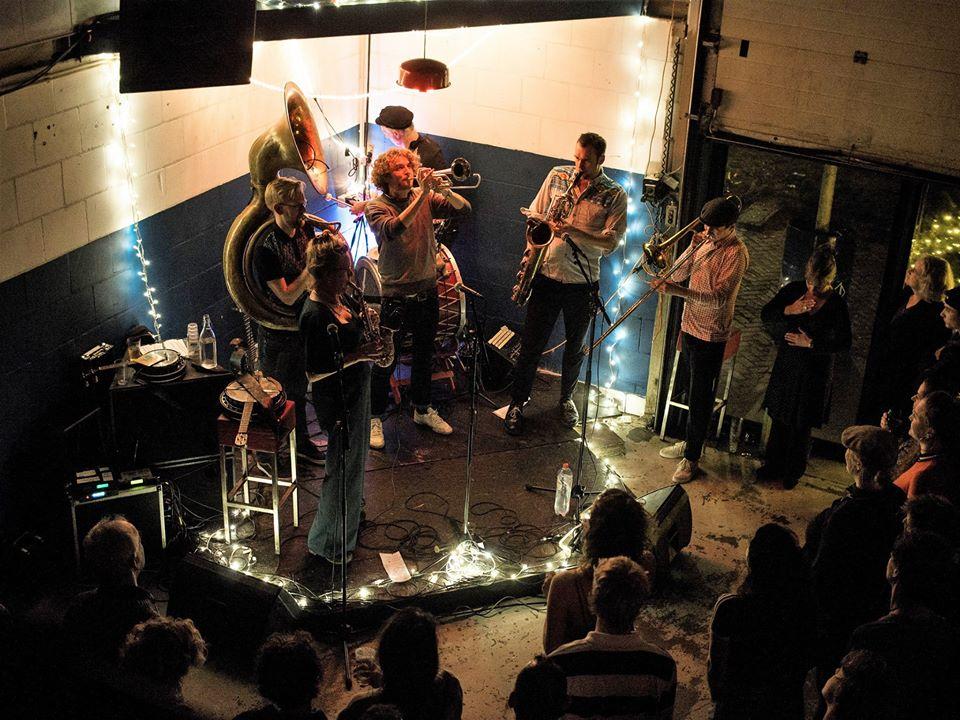 Many musicians have been influenced by their parents and the Zandvliet family is certainly no exception. Sons Ko and Dirk both formed their own band, both of which became two of the largest in the country. Ko with Jungle by Night and Dirk with Gallowstreet have already toured the world with their music, but in this band they are back to where they came from: home.

Dynamo Mundi & the Positive People is a composition of parents Jos and Septimia Zandvliet, sons Ko and Dirk Zandvliet and their friends Bo Floor and Peter Keijsers. Their music is as positive as their name, a cheerful mix of music from different cultures. Four winds led by a banjo followed by a bass drum. During this performance it becomes difficult to sit still and almost impossible not to laugh. Isn't it promising?

Concerts in 2020 of Dynamo Mundi & The Positive People