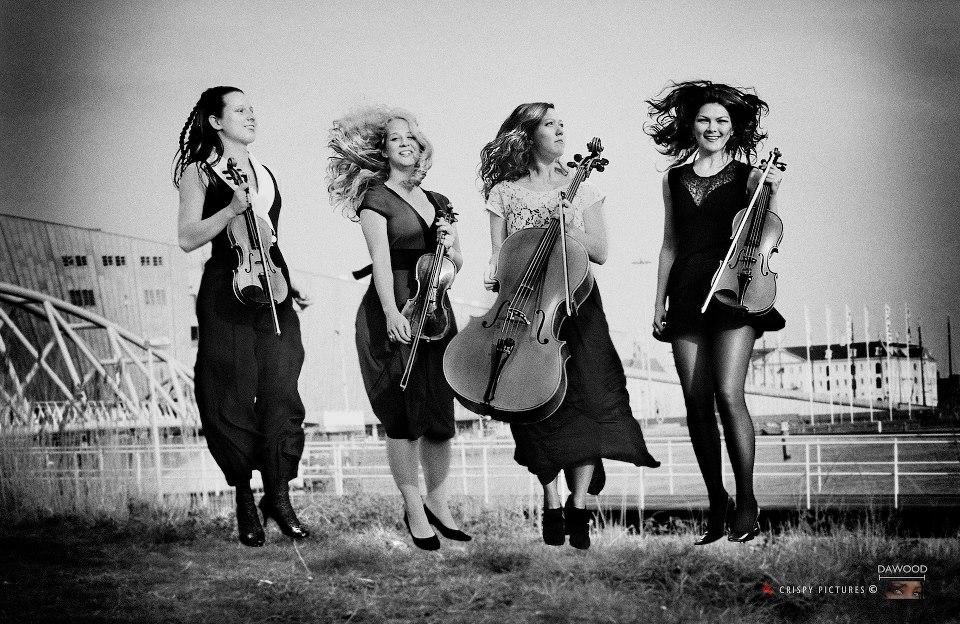 Founded in Amsterdam in September of 2011, the Fenrych Quartet is comprised of four diverse musicians from Hungary/Germany, Latvia, Poland and Canada. They have participated in masterclasses and received coachings with Johannes Leertouwer, Sven Arne Tepl, Marjolein Dispa, Dimitri Ferschtman, members of the St. Lawrence String Quartet, members of the Gryphon Trio, Stephen Prutsman, Douglas McNabney and Pedja Muzijevic.

In January of 2012 the quartet gave the world premiere of a string quartet composed in 1864 by Nikolai Ivanovich Zaremba, and in June of 2012 they participated in several performances at the Amsterdam Composers’ Festival 2012.

In the summer of 2012 the quartet attended the St. Lawrence String Quartet seminar at Stanford University in California where they were invited to perform at the seminar’s International Showcase Concert.

The Fenrych Quartet was recently accepted into the Nederlands StrijkKwartet Academie, where they started a study program together in the fall of 2012 with Marc Danel and Sven Arne Tepl.