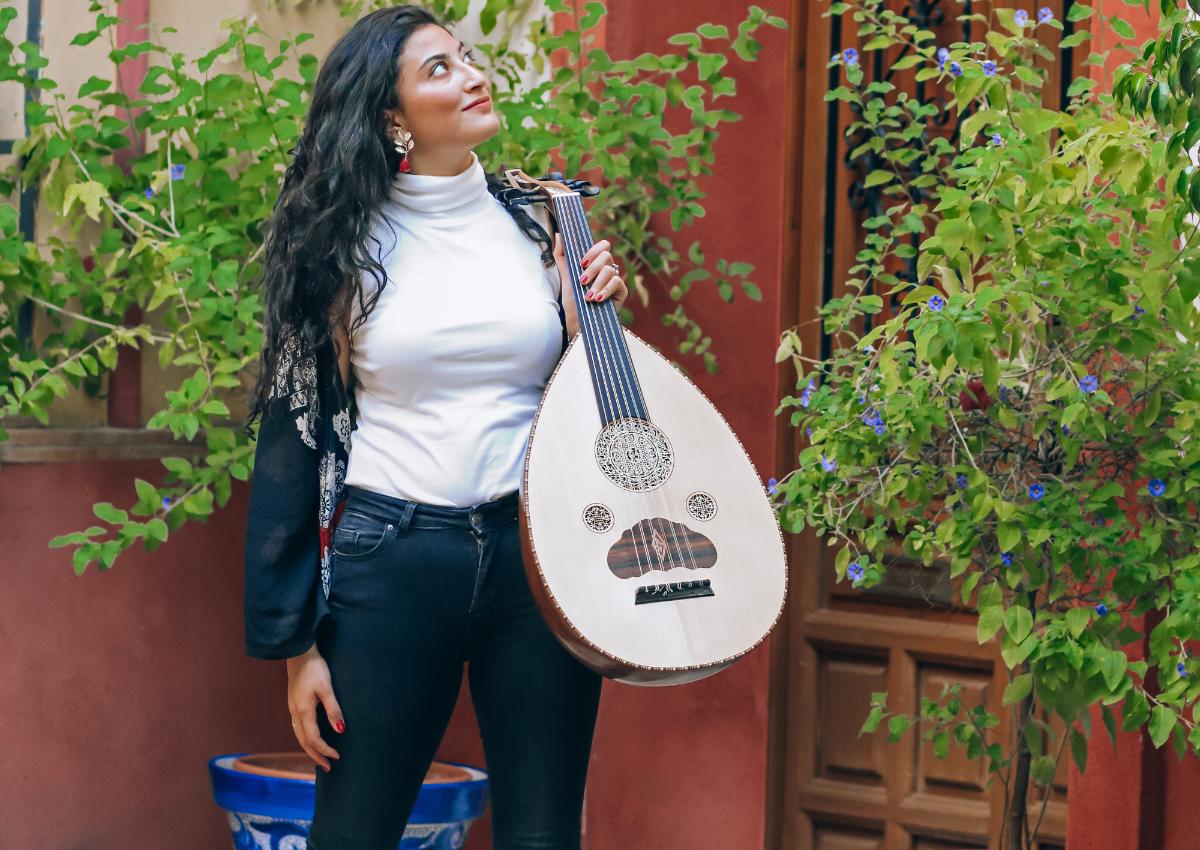 The trio Qasyoun* was established in 2014 in Cairo, Egypt. The band consists of the two Syrian sisters Jawa Manla (oud) and Shaza Manla (qanoun) and the Syrian percussion player Modar SalamaTrio Qasyoun performs oriental Arabic music such as the music of Om Kalthoum, Mohamed Abdul Wahab, Mohamed Al Asbgy and many other great musicians, as well as traditional Syrian and Turkish music with new arrangements. The first TV appearance of Trio Qasyoun in The Netherlands was at the well-known musical TV-show ‘Vrije Geluiden’. They have since played in… and played for the royal family on kingsday 2019.

*Qasyoun is the famous mountain overlooking the Syrian capital, Damascus, where the Manla sisters grew up. Qasyoun is an image that links between beauty and strength. When the two sisters play together, they  imagine the mountain and their home land in their minds.

Concerts in 2020 of Qasyoun Trio