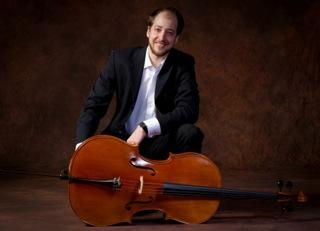 David Bordeleau began the cello at the age of 8. Four years later, he was accepted at the Conservatory of his hometown in Canada. From then on, he distinct himself by receiving numerous mentions of excellence and by playing as a soloist in several orchestra performances. After spending his summer at the Domaine Forget Canadian music festival in 2006, he got invited to join the class of Johanne Perron at the University of Montreal. Thereafter, he also studied with Denis Brott at the Conservatory of Montreal. David Bordeleau was finalist at the Canadian Music Competition and also won first prize at the Montreal classical chamber music competition. Beside playing at numerous summer festivals in the Netherlands, David substituted for the cultural service of activity as a professor at the University of Montreal. He participated in numerous master classes, amongst others with Philippe Muller, Matt Hémovitch, Richard Aaron and Antonio Lysy. He is currently studying under the wings of Jan-Ype Nota and Michel Strauss in order to get a master degree at the Prins Claus Conservatorium of Groningen.