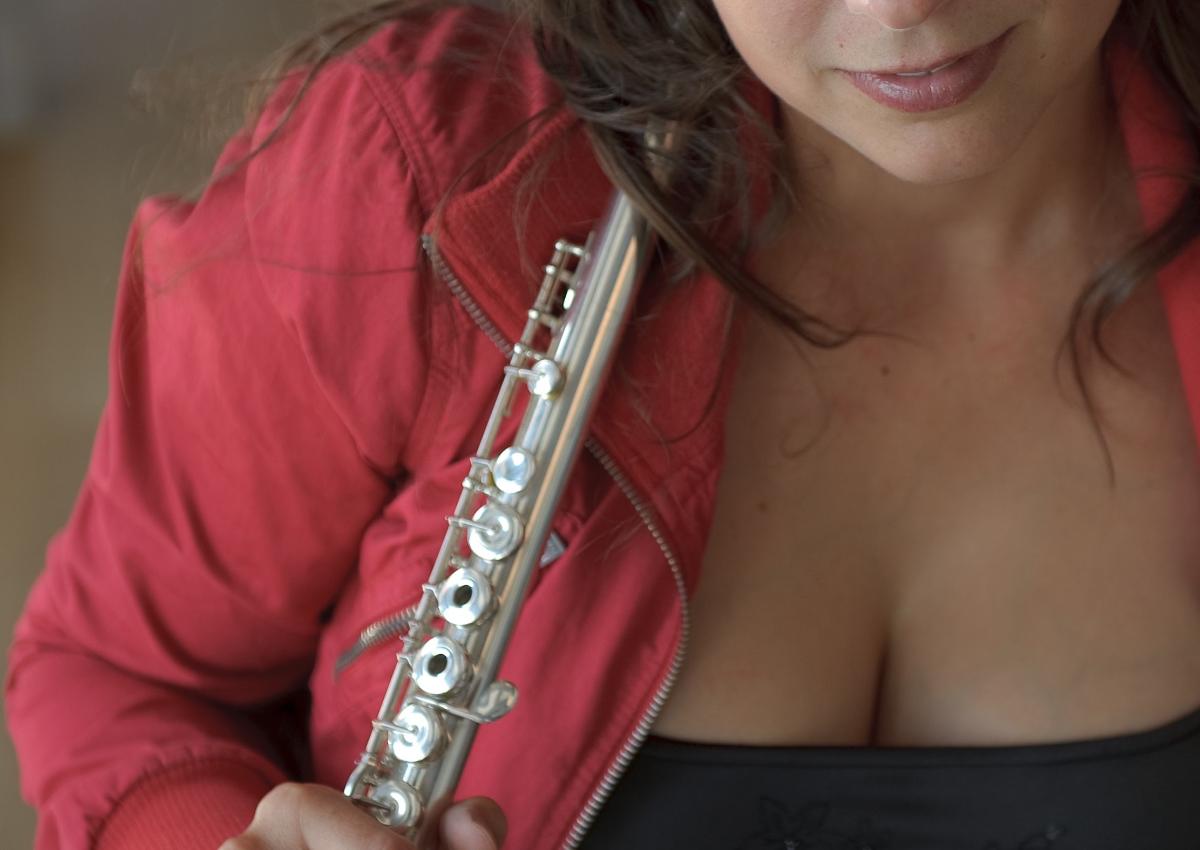 Emeline Dessi was born in Troyes, France. She graduated from the Music Conservatory in Troyes at 18 years old with the highest recognition in flute. In 2004 she continued her studies in Paris in the prestigious classes of Pascale Feuvrier and Frédéric Chatoux. In 2008, she arrived in the Netherlands, at the Royal Conservatory in The Hague, to study with Benoît Fromanger and graduated there her Bachelor diploma with success in flute performing and pedagogy. She is now following the master degree courses in Rotterdam conservatory with Juliette Hurel and Hemran van Kogelenburg as teachers. She has attended master classes with well-known flutists like Peter-Lukas Graf, William Bennett, Patricia Morris, Philippe Bernold, Emily Beynon and Kersten McCall among others. As a performer, she regularly plays in orchestras (Rotterdam Philarmonic orchestra, Brabant Orkest, Holland Symfonia, the National Ballet Orchestra, the Flamish Opera), chamber ensembles (ASKO ensemble, Ligeti Academy), chamber music programs and solo concerts in The Netherlands and France. She has recently recorded Pierrot Lunaire in Banff, Canada, being part of the Gruppo Montebello with Marianne Pousseur. Emeline performs various kind of music from opera and ballet repertoire until contemporary. She is a fervent defender of contemporary music and supporter of young international composers. « I have chosen music as my profession because, from my point of view, art and culture is one of the treasures of our societies. Music is really an international language and helps to develop communicative, sensitive and cognitive skills among others. It is a great ‘tool’ to interact with people and develop compassion. Music helps us to express the inexpressible.